New Anthony Hopkins film will be released as NFT 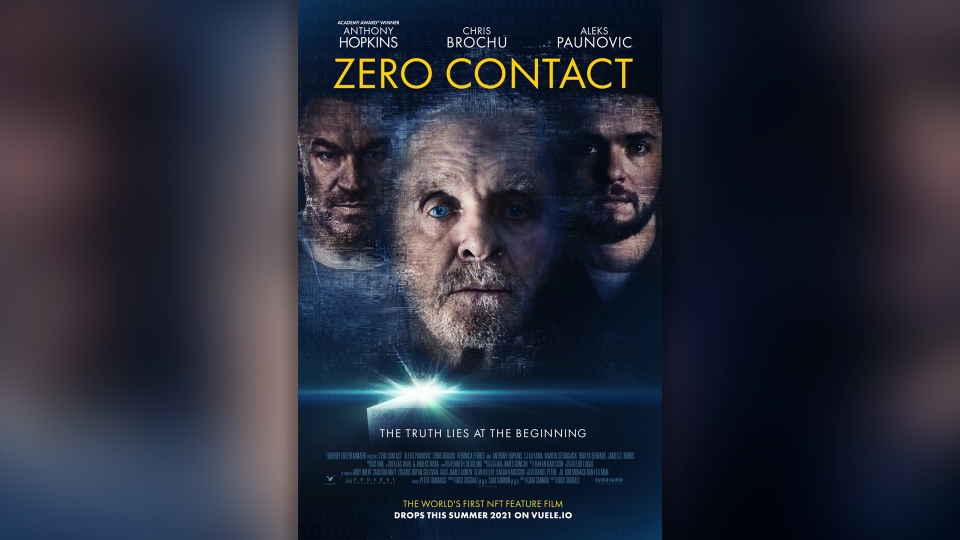 “(We’re) nervous as to what the industry might expect of this and how we’re breaking new ground, but definitely excited,” said Rick Dugdale, CEO of Enderby Entertainment, who produced and directed the film.

Dugdale, a B.C. native from Enderby and Alberta-born Cameron Chell are behind the project. They have launched a blockchain platform called Vuele.io, where anyone can sign up to buy the release along with extra digital content.

NFTs have recently gained popularity in the sports world with digital trading cards. The NBA has gotten into it as well. A digital collectible of a LeBron James dunk sold for $208,000. Digital art collectibles and the first ever tweet have commanded big bucks as well, in the millions of dollars.

Zero Contact was shot in 17 countries, features 84 actors, and will have extra digital content that can be sold, auctioned and traded on the Vuele platform. Vancouver actor Aleks Paunovic, who has worked with Hopkins before, is co-starring in the film and is excited to part of history in the making.

Anyone can sign up on Vuele and pay for content using any method they want. Consumers will drive the price depending on demand and the amount of digital content that is available for sale within the blockchain.

“We could see the demand anywhere from, you know, a million dollars for the rarest NFT down to $20 for the most common NFT,” explained Chell.

The blockchain ensures authenticity and uniqueness and provides the buyer with a digital receipt.

“In the film business, this allows another barrier against piracy, because every NFT will be encrypted and encoded and we can track and see where it’s gone and who has it,” added Dugdale.

The planned drop for the first content for Zero Contact will be late July or early August.

Will NFT release be the next big thing? Dugdale is banking on it and all eyes in Hollywood are watching.

“If NFT distribution becomes the future, what film was the first film released as an NFT? Our Hopkins film,” he said. “I think our competitors and our colleagues are looking at this as a whole new world as a revenue stream in Hollywood.”

And what is next after NFT release?

There was hesitation about streaming when it first appeared. It took a while for the public to wrap its head around it. Remember the public outrage when Netflix co-founder Reed Hastings decided to stop mailing DVDs and switch to streaming? The stock fell dramatically. Now, streaming is commonplace and Netflix stock is trading at more than US$500.

For streaming services, you pay a subscription fee, but for NFTs, you own it. Blockchain lives forever. However, there is still concern about ensuring that the digital content remains accessible and that means proper management of the digital space. In addition, there is plenty of talk in the tech world about establishing standards and regulations around this emerging technology.

The decentralized open-source protocol for Web3